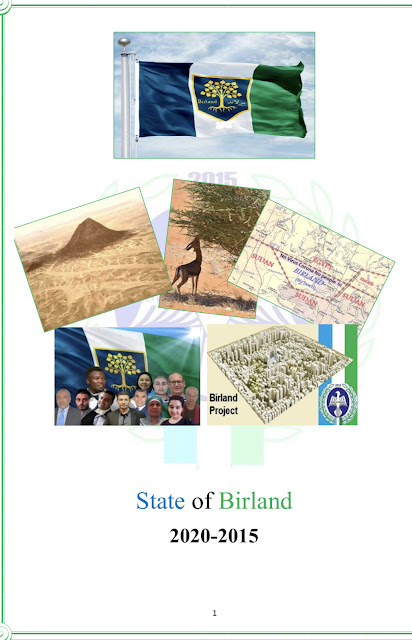 STATE OF BIRLAND The New State
Location and Space:
It is located on the land of an area called “Bir Tawil,” whose length ranges from north to south between 31 km and 26 km, and its area is 2060 km2. It is located on the continent of Africa, between the countries of Egypt and Sudan.
The dispute between Egypt and Sudan over a Bir Tawil:
Egypt demands the political borders of 1899 contiguous with a latitude of 22 ° north, which places the Halayeb triangle within the Egyptian borders and places a Bir Tawil within the Sudanese borders, while Sudan demands the administrative border drawings for the year 1902, which places the Halayeb Triangle within the Sudanese borders and places a Bir Tawil within the Egyptian borders.
As a result, both countries demand "Halayeb" while neither of them is calling for a "Bir Tawil", and there is no basis in international law on which any of the two countries can claim both regions at the same time, which makes this region the only one that It is not claimed by any country in the world, that is, what is known conventionally as the Land of Permissibility, with the exception of the Land of Mary Bread in "Antarctica".
———————— 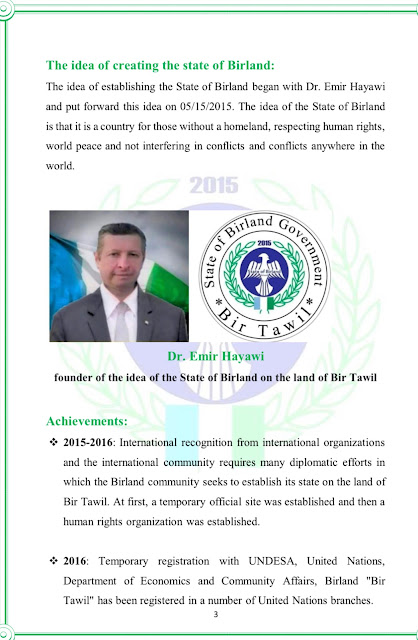 The idea of creating the state of Birland:
The idea of establishing the State of Birland began with Dr. Emir Hayawi and put forward this idea on 05/15/2015. The idea of the State of Birland is that it is a country for those without a homeland, respecting human rights, world peace and not interfering in conflicts and conflicts anywhere in the world.
Dr. Emir Hayawi
founder of the idea of the State of Birland on the land of Bir Tawil
Achievements:
❖ 2015-2016: International recognition from international organizations and the international community requires many diplomatic efforts in which the Birland community seeks to establish its state on the land of Bir Tawil. At first, a temporary official site was established and then a human rights organization was established.
❖ 2016: Temporary registration with UNDESA, United Nations,
Department of Economics and Community Affairs, Birland "Bir
Tawil" has been registered in a number of United Nations branches
—————— 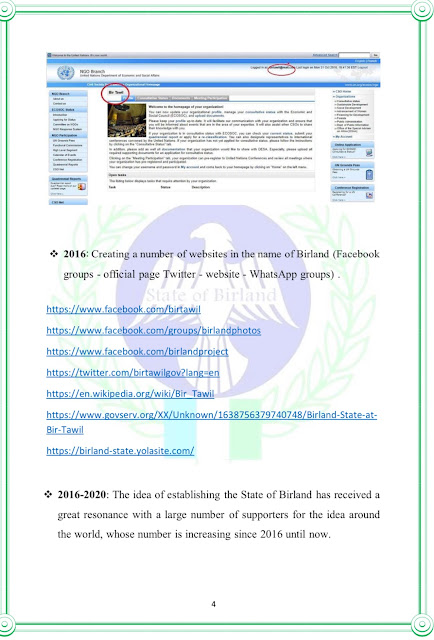 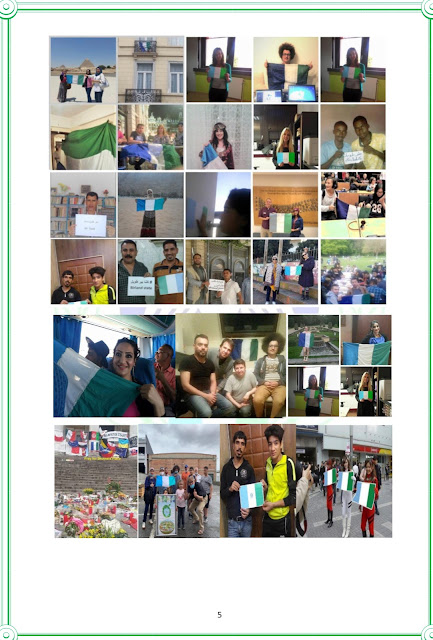 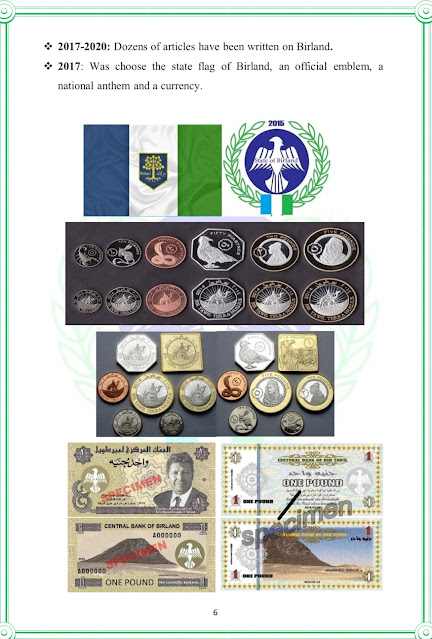 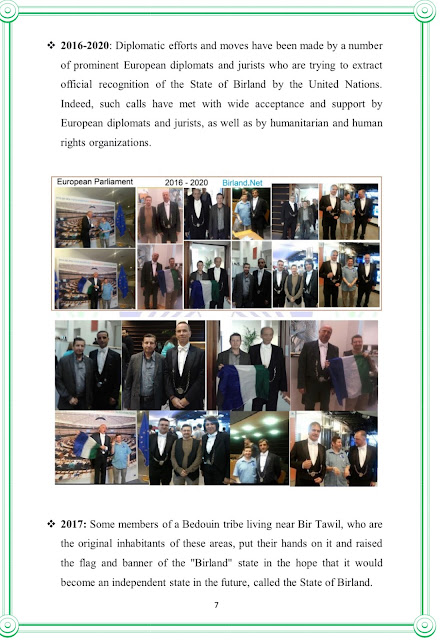 ❖ 2016-2020: Diplomatic efforts and moves have been made by a number of prominent European diplomats and jurists who are trying to extract official recognition of the State of Birland by the United Nations. Indeed, such calls have met with wide acceptance and support by European diplomats and jurists, as well as by humanitarian and human rights organizations.
❖ 2017: Some members of a Bedouin tribe living near Bir Tawil, who are the original inhabitants of these areas, put their hands on it and raised the flag and banner of the "Birland" state in the hope that it would become an independent state in the future, called the State of Birland.
——————————- 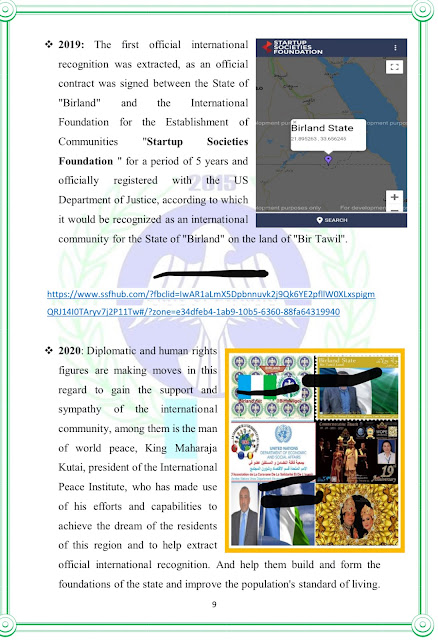 ❖ 2019: The first official international
recognition was extracted, as an official
contract was signed between the State of
"Birland" and the International
Foundation for the Establishment of
Communities "Startup Societies
Foundation " for a period of 5 years and
officially registered with the US
Department of Justice, according to which
it would be recognized as an international
community for the State of "Birland" on the land of "Bir Tawil".
https://www.ssfhub.com/?fbclid=IwAR1aLmX5Dpbnnuvk2j9Qk6YE2pfllW0XLxspigm QRJ14I0TAryv7j2P11Tw#/?zone=e34dfeb4-1ab9-10b5-6360-88fa64319940
❖ 2020: Diplomatic and human rights
figures are making moves in this
regard to gain the support and
sympathy of the international
community, among them is the man
of world peace, King Maharaja
Kutai, president of the International
Peace Institute, who has made use
of his efforts and capabilities to
achieve the dream of the residents
of this region and to help extract
official international recognition. And help them build and form the foundations of the state and improve the population's standard of living. 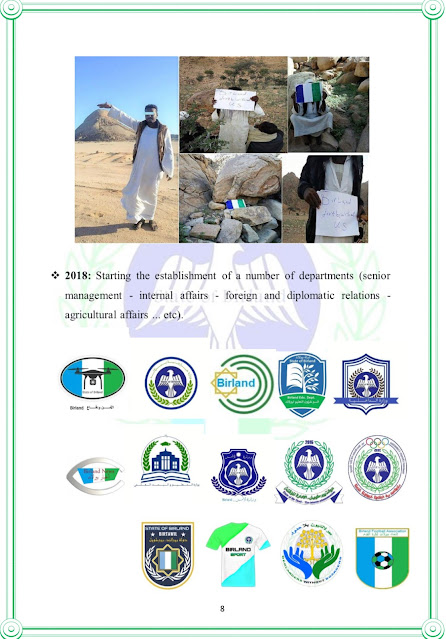 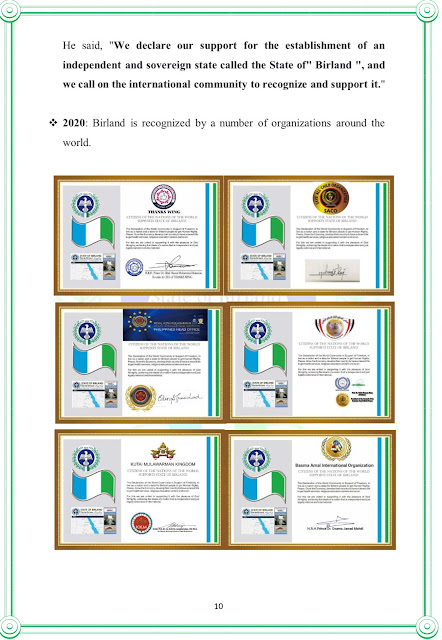 He said, "We declare our support for the establishment of an independent and sovereign state called the State of" Birland ", and we call on the international community to recognize and support it."
❖ 2020: Birland is recognized by a number of organizations around the world.
——————————- 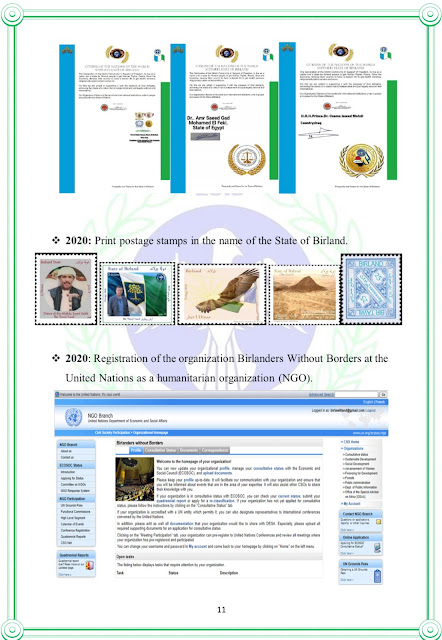 2020: Print postage stamps in the name of the State of Birland.
❖ 2020: Registration of the organization Birlanders Without Borders at the United Nations as a humanitarian organization (NGO).
———————————- 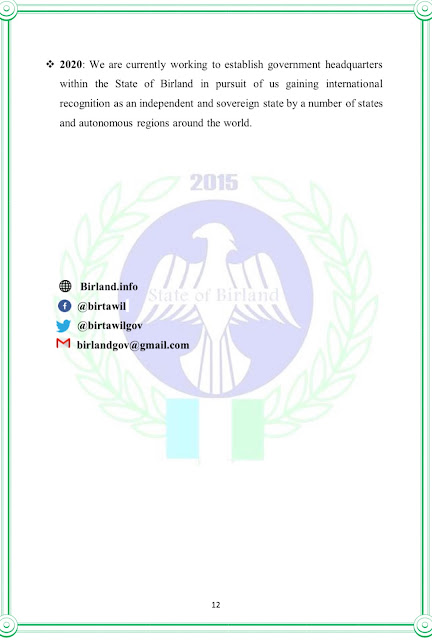 2020: We are currently working to establish government headquarters within the State of Birland in pursuit of us gaining international recognition as an independent and sovereign state by a number of states and autonomous regions around the world.
Birland.info
@birtawil @birtawilgov birlandgov@gmail.com 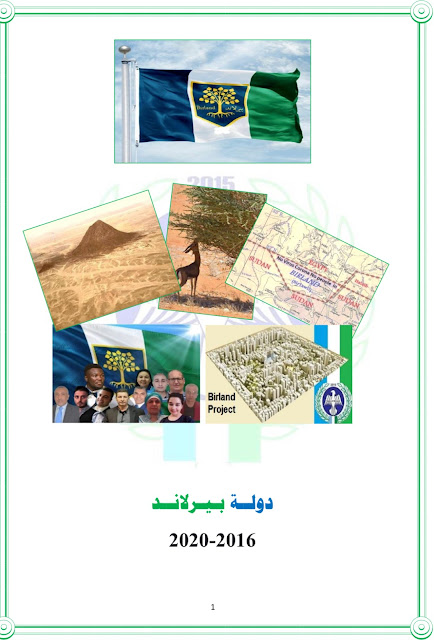 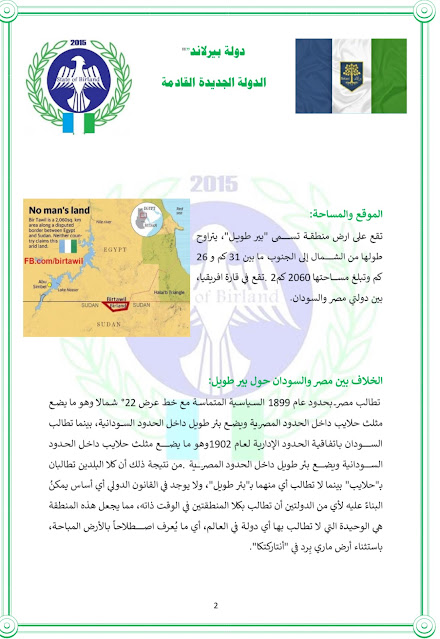 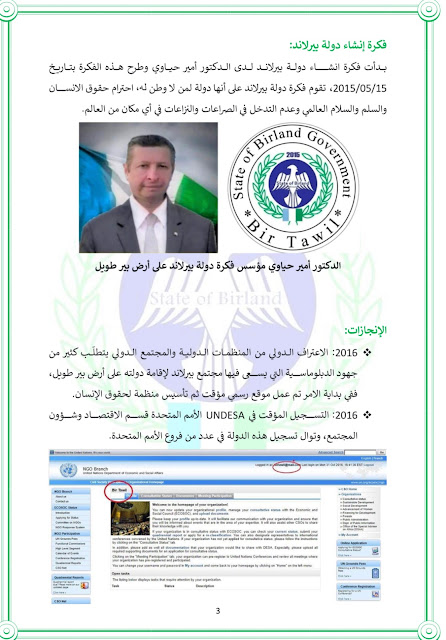 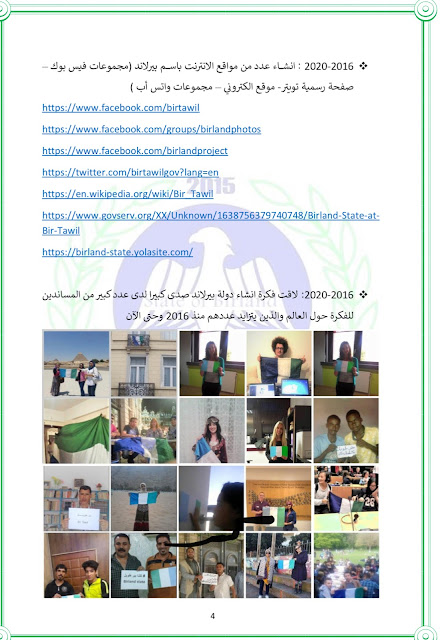 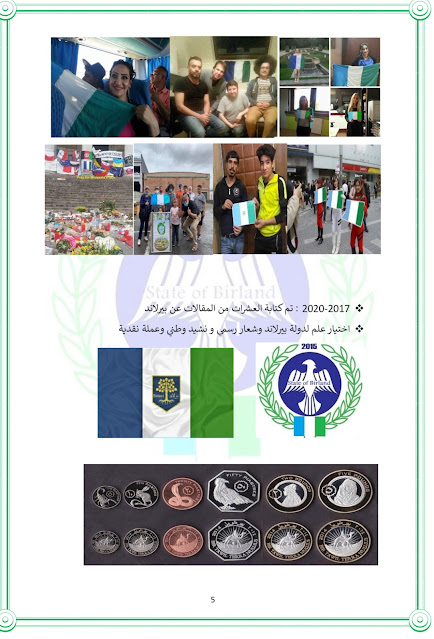 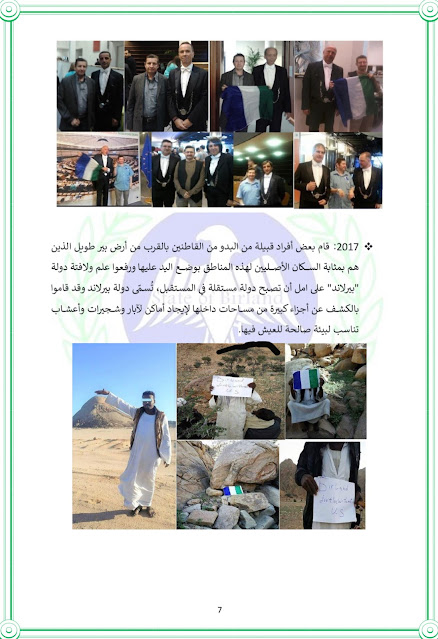 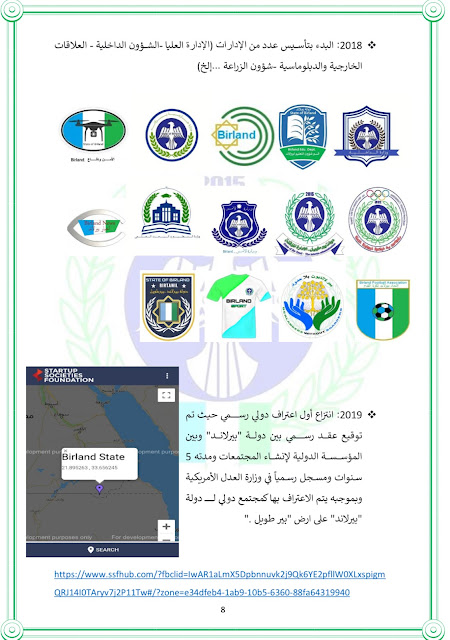 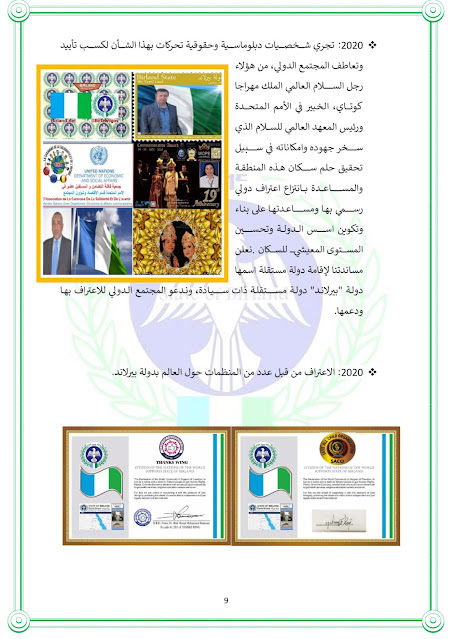 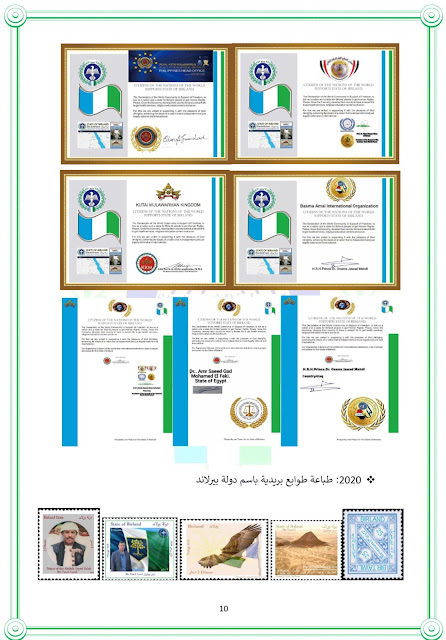 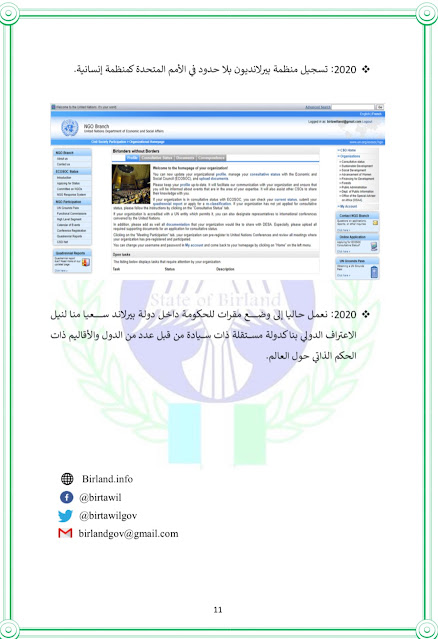 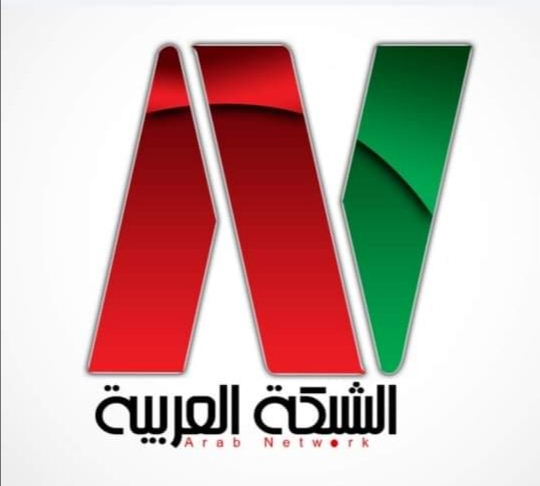