Dr Mohammed alabbadi: *The Corona pandemic confirms the need to expand the use of sustainable energy solutions around the world to achieve the objectives of the sustainable development goals by 2030* 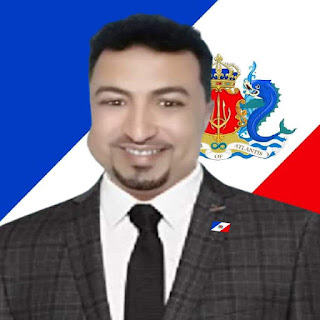 , countries must protect the gains that have already been made, and accelerate efforts to achieve universal access to affordable, reliable, sustainable and modern energy.

The new report to track the seventh goal of the sustainable development goals, entitled: Progress in the field of energy, revealed that despite the progress that has accelerated during the past ten years, the world will not be able to secure modern, sustainable, reliable and affordable energy for all by 2030 unless Significantly enhance efforts. The International Energy Agency, the International Renewable Energy Agency, the United Nations Statistics Division, the World Bank and the World Health Organization participated in preparing this report, which was released today.

The report says that tangible progress was made towards achieving various aspects of the seventh goal of the sustainable development goals before the outbreak of the Corona pandemic (Covid-19). This includes a significant reduction in the number of people deprived of electricity supply, an increase in the use of renewable energy to generate electricity, and improvements in energy efficiency. Despite these gains, global efforts remain insufficient to reach the key targets of SDG7 by 2030.

Moreover, other important elements of this goal are still not on track. Nearly 3 billion people were without access to clean cooking fuels in 2017, most of them in Asia and sub-Saharan Africa. The stagnation in progress made since 2010 results in the deaths of millions each year from inhaling cooking smoke. Despite the rapid growth of the use of wind and solar energy in electricity generation, the proportion of renewable energy in the global energy mix is ​​gradually increasing slightly. The pace of use of renewable energy in all sectors must be accelerated in order to move closer to achieving the seventh goal, as improvements in heating and transportation are currently far behind in reaching their full potential. After strong progress towards improving global energy efficiency between 2015 and 2016, the pace of this progress has slowed significantly. It is necessary to significantly increase the rate of improvement from 1.7% in 2017 to at least 3% in the coming years.

Accelerating progress in all regions and sectors will require enhanced political commitment, long-term energy planning, increased public and private financing, adequate policy incentives and tax treatment to accelerate the adoption of new technologies. An increased focus must be placed on “leaving no one behind”, given the large proportion of the population without access to electricity in the poorest and most vulnerable rural communities in remote areas.

The 2020 report introduces a way to track progress against a new indicator 7.a.1 on international financial flows to developing countries in support of clean and renewable energy. Although total financial flows doubled since 2010, reaching $21.4 billion in 2017, the proportion of what reached the least developed countries - the furthest countries from achieving the various targets of the seventh goal of the sustainable development goals - did not exceed 12%.

The United Nations Statistical Commission tasked the five sponsoring organizations with the compilation and verification of country data, as well as regional and global aggregate rates, in relation to progress towards the seventh goal targets. The report provides policy makers and development partners with the data needed at the global, regional and country levels to make informed decisions and set priorities for a sustainable recovery from the Corona pandemic that ensures efforts to provide modern, sustainable, reliable and affordable energy. This collaborative work highlights once again the importance of reliable data to inform policy development, and also provides an opportunity to enhance data quality through international cooperation to further strengthen national capacities. The sponsors of SDG7 sent the report to the UN Secretary-General to inform the annual review of the 2030 global sustainable development agenda.

Access to Electricity: Since 2010, more than 1 billion people have gained access to a supply of electricity. As a result, 90% of the world’s population became connected to electricity networks in 2018. However, 789 million people still live without electricity, and despite the acceleration of progress in recent years, the goal of universal access to electricity by 2030 appears It is not likely to be achieved, especially if the Corona pandemic severely disrupts efforts to provide electricity supply. There are still disparities between regions. The regions of Latin America and the Caribbean, East Asia, and Southeast Asia are close to achieving the goal of full generalization

Clean cooking: There are still nearly three billion people without clean fuels and technologies for cooking, most of them in Asia and sub-Saharan Africa. Over the period from 2020 to 2018, progress has been mostly slow, and the rate of increase in access to clean cooking fuels since 2012 in some countries has lagged behind their population growth. In the top twenty countries with a shortage of clean cooking fuels, 82% of the world's population was deprived of this fuel between 2014 and 2018. This deficiency continues to have serious consequences in terms of gender, health and climate discrimination that affect the achievement of target 7.1 of the SDGs, as well as progress towards many other related SDGs. Under current and planned policies, 2.3 billion people will still be without fuel and clean technologies for cooking in 2030. The COVID-19 pandemic is likely to lead to a significant increase in victims of long-term exposure of women and children to air pollution in homes that is mostly due to the use of raw coal or Kerosene or the traditional uses of biomass in cooking. Unless swift action is taken, the world will fall behind in achieving universal access to clean cooking fuels by about 30%. The goal of increasing access to clean cooking fuels has been largely achieved in two regions of Asia. From 2010 to 2018, the number of people without access to clean fuels in East Asia and Southeast Asia fell from 1 billion to 0.8 billion. Central and South Asia also saw improvements in access to clean cooking fuels, and the number of people deprived of this fuel also fell from 1.11 billion to one billion.

Energy Efficiency: The global primary energy intensity rate - an important indicator of how much economic activity in the world uses energy - improved by 1.7% in 2017. This is better than the 1.3% average of progress achieved between 1990 and 2010, but nonetheless Below the original target level of 2.6%, and significantly lower than the average of the previous two years. Certain measures of energy intensity across sectors indicate that the industrial and passenger transport sectors registered the fastest improvements, with an increase rate of more than 2% since 2010. In the services and housing sectors, the average growth rate of energy intensity was 1.5 percent and 2%, respectively. . A little left behind are the goods transport and agricultural sectors. Achieving target 7.3 for energy efficiency among the targets of SDG 7 will require a significant acceleration of the overall pace of improvement to about 3% per year between 2017 and 2030. However, initial estimates indicate that the rate is still below that level in 2018 and 2019, and that it will witness in the coming years the significant increase needed to reach the seventh goal of sustainable development. 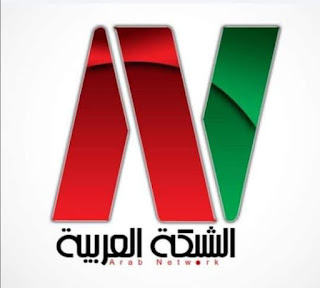